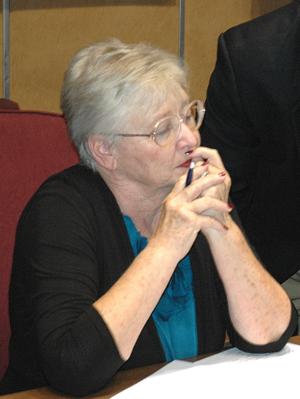 PHOENIX — Declaring state law to be above all others, a Senate panel voted Tuesday to both block federal gun laws they believe violate the Second Amendment and punish the city of Tucson for enacting its own restrictions.

They also agreed to bar state and local governments from helping any federal agency that collects metadata like phone and email records without a warrant. Any official who cooperated would be forever barred from holding public office.

And if that isn’t enough, the same committee declared that county sheriffs are supreme, meaning they can arrest federal officials — including police — who try to arrest someone or seize property without first getting their consent. And county attorneys who refuse to bring charges of kidnapping for arrests done without the sheriff’s permission would be subject to prosecution themselves by the state attorney general for “official misconduct.”

All four votes, along party lines in the Republican-controlled Committee on Federalism, Mandates and Fiscal Responsibility, follow arguments that the state has to step in to block individual rights from being trampled.

Potentially the most far reaching is SB 1384, drawing a line in the sand over which federal employees and officials dare not step without first seeking local permission. Sen. Judy Burges, R-Sun City West, said it simply recognizes the supremacy of the state over the federal government — and of the sheriffs as each county’s chief constitutional and law enforcement officer.

“No police power is granted to anyone in the county without first consent of the sheriff of that county,” she said. Burges said sheriffs have a duty to protect the federal and state constitutions.

“And it is equally a duty of the sheriff to protect and defend the citizens’ business of his county from any and all abuses of constitutional rights and freedoms, even in the name of law enforcement,” she said.

SB 1384 would make it illegal for any federal employee, including a law enforcement official who has not been first given permission by the sheriff, to make an arrest, conduct a search or seize property.

Exceptions are provided for incidents on federal lands or where the officer has witnessed a crime that requires immediate arrest. And it would not apply to customs or border patrol officers.

Burges said there are things already happening in Arizona that are “potential flash points.”

She said federal agencies have come into the state, closed roads and in one instance in Greenlee County, even confiscated cattle and sold them at auction in a dispute between the U.S. Forest Service and a rancher.

The panel separately targeted Tucson in SB 1291, voting to punish any community enacting its own gun laws found to conflict with state statutes.

One ordinance allows police to request a breath sample from someone who has negligently discharged a firearm and appears intoxicated. A second requires people to report the loss or theft of a gun.

In a formal legal opinion two years ago, then-Attorney General Tom Horne said both measures are pre-empted by state law. City officials said Horne’s opinion is just that, and both measures remain on the books.

This measure would allow any individual or membership “adversely affected” to sue, with the ability to collect legal fees and damages up to $100,000. SB 1291 also would let a court assess penalties of up to $5,000 on elected or appointed government officials who knowingly and willfully violate state law., with that person subject to removal from office.

Wiebusch said local councils should be able to enact local laws that their constituents want. Smith said that argument is “irrelevant.”